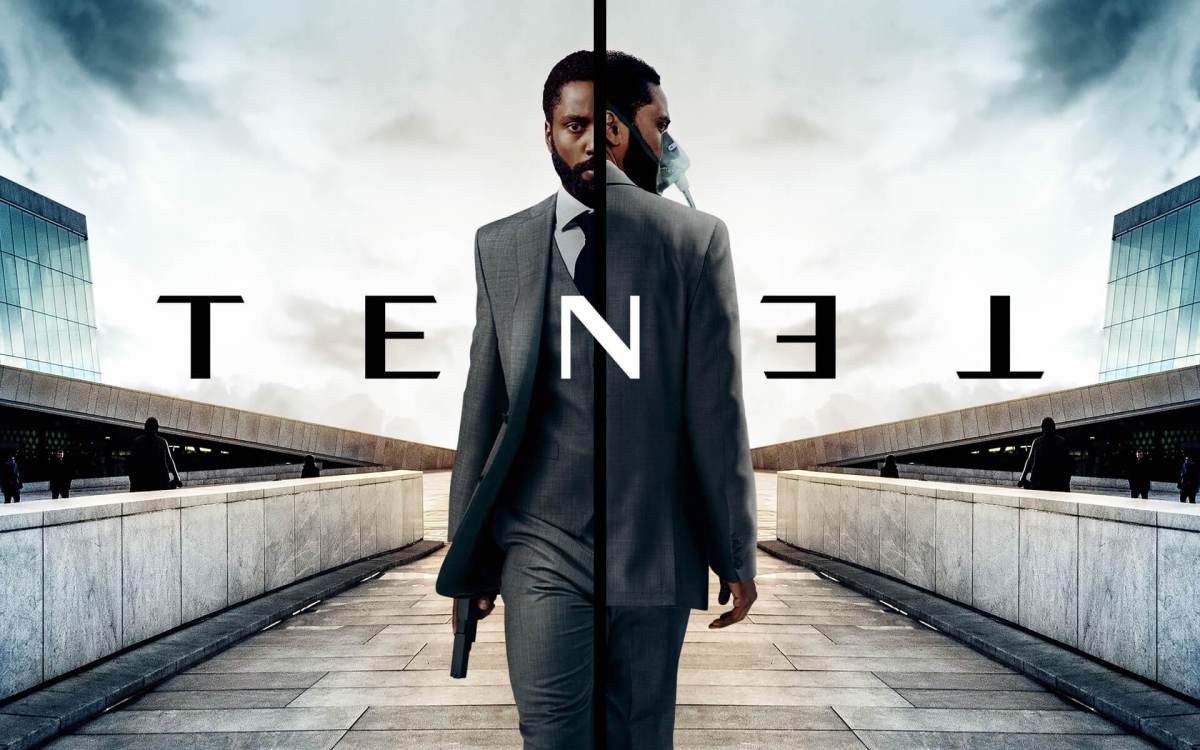 A secret agent is given a single word as his weapon and sent to prevent the onset of World War III. He must travel through time and bend the laws of nature in order to be successful in his mission.

Rumour is that it took Christopher Nolan five years to get the idea right in his head, then a further five years to term the idea that was in his head into a script. And considering how complex the plot for this film is it is understandable why it would have taken so long.

This is basically an espionage thriller about time travel, and in a way it feels a little bit of a throwback to classic Bond films, not in the time travel and complexity element, but in the spy battling the bad guy element.

In classic Bond films the narrative normally went along the lines of, Bond uses a girl to get on the inside, the bad guy has control of that girl and that girl finds herself aiding Bond under the belief that should she do so he will help her get away from the bad guy.

Considering Christopher Nolan also is known to be a big fan of Bond films perhaps the similarities are understandable. Anyhow, I’m digressing, so basically this is sort of classic James Bond type narrative thrown into a world of the most complex time travel you will ever have come across.

Outside of Debicki’s character, Kat, it is really hard to buy into the characters motives, I have no doubt that Washington’s character would want to save the world, but there is just no connection to Debicki’s character, it just doesn’t feel like he has any sort of bond with her, least of all a bond that would make him go to the lengths he is willing to go to to help her.

Then there is Branagh’s character, and this is a little bit of a spoiler alert but not an important one, in fact there are a good number of spoiler alerts in this post but in all honesty spoiler alert won’t spoil this film, in fact you could be told the entire plot and story from start to finish and it likely would not affect your enjoyment of the film. Quite the opposite in fact it may help you understand it.

Anyhow, I’ve gone off track, Branagh’s character, Sator, basically he is planning on ending his life and when he dies the world will end, but his motive for wanting to do so is just not believable. In fact I watched this film with my father, and perhaps he said it best. Why would he want to destroy the world, it makes no sense. Especially considering he has a kid.

And that is exactly it, the character that Nolan has created just does not feel like a character that would be willing to destroy the world, I would buy he desired to rule it but not destroy it. And considering the entire premise is based around the protagonist, so Washington’s character, stopping this guy from doing so you have a big problem right there.

In all honesty this is why this film is not as good as Interstellar or Inception, both of those films had very strong characters, this film does not. And it is not the actor’s fault, they all put in solid performances, I’m not sure it is the fault of the script door the directing, I suspect the thing at fault is the plot. It is simply too complex to spend any real-time building up characterisation.

So this is a film which is completely and entirely about the plot, and the characters really exist as vessels in which to help drive the plot forward.

This brings me to the plot, or rather specifically the time travel, because considering that this film is all about the plot it better be good enough to justify the latter characterisation. Get ready for this, because this plot puts the complex into the word complex, basically people from the future have created a means of time travel. But this is no time travel like any you will have heard of before, this time travel uses basically reverse entropy.

This brings me to the time travel in this film, which is basically of the inverted form, which is basically a form of reverse entropy but with the addition of the theory of cause and effect. That means when you invert time and so time travel in this film, you are still going forwards but you are going forwards backwards. So basically you start at the end and go back to the beginning. So imagine you plan to shoot a gun, with an inverted gun the gun has already shot, so when you pull the trigger the bullet returns to the gun. So the entropy is going backwards, rather than things breaking down into a new form, they are reverting into an old form.

Hopefully you understood all that, certainly takes a bit of getting your head around. Anyhow, the future has created this machine and sent it into the past, but in nine separate parts, Branagh’s character is attempting to find these nine parts in our time so that he can construct it. The reason it has been sent into the past is because the future are trying to take their world back into the past because they believe if they do so then they will be able to save their world.

Yes I know, another confusing notion in itself but bear with me. Their world has been destroyed due to climate change, so using basically reverse entropy they are trying to take their world back in time to the point before climate change destroyed the world. That means that they’re basically using reverse entropy to revert the world to a state a.k.a. time in which it was not destroyed.

However, by doing this they will destroy our world, which is our present, or they may do so they don’t really know. So basically they are risking the grandfather paradox – that is the theory where if you destroy the past then you will destroy the future. They are risking this paradox because either they don’t think it is a risk or are willing to risk it anyway to save themselves – we are never told which.

Branagh’s character is the person they are using to construct what is basically a nuclear timebomb, so literally a timebomb, not a timebomb as we know it, but a timebomb that is basically a bomb made of time (high five for originality right there!). This timebomb basically works by crashing a forward timeline into an inverted timeline, and the theory is that when time crashes into itself, it will be a bit like the immovable force crashing into the immovable object. Something which of course is not good.

Hopefully that makes sense, if not if you watch the film I’m sure it will. Anyhow, needless to say because of the way the fights are i.e. the participants going forwards and backwards at the same time, this film is quite the spectacle, most people will probably have no idea what is going on, but few will dispute that it’s quite the spectacle.

All in all though, one thing is for certain this film will definitely give you something to talk about and it is quite a thrill ride, because of that, and because I love films that make you think, from me it gets a thumbs up.

Sci-fi and fantasy writer, blogger and photographer emanating from the north-east of England. View all posts by David Graham